Plant a tree in memory of PAUL
An environmentally-friendly option 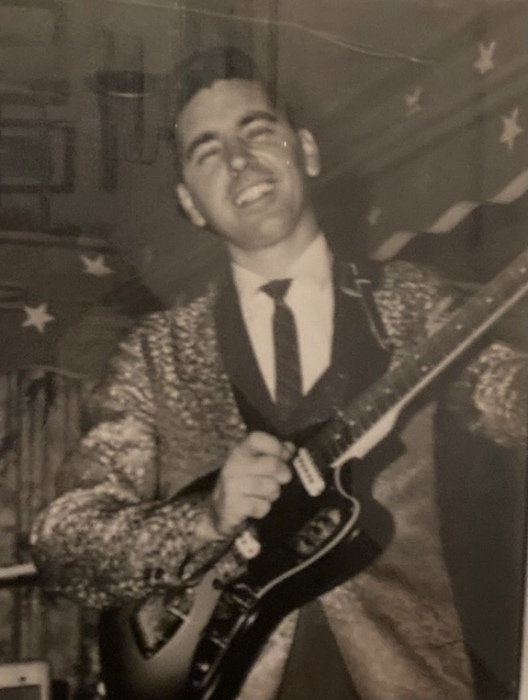 Paul Watson Jarrett, age 90, passed away peacefully surrounded by his family on April 14, 2021 at Nanticoke Hospital in Seaford, DE.

He was born on July 2, 1930 in Cambridge, MD to the late Elsie and Norman Abraham Jarrett.  He was also preceded in death by his sons, Paul Lee Jarrett and Frederick Watson.  He had a sister; Mildred, and brothers; Shriver and Robert Lee.  He grew up and went to school in Cambridge.  In his years he worked odd jobs and one was for The Dixie Bargain Center Music Store, where he purchased a guitar.  He soon found he had a gift and would go on to become one of the best guitar players on the Eastern Shore.

In 1950 he married the love of his life; Ruth Coulbourne and together they raised four children; Paul Lee, Polly Ward (Rusty), Diane Smith, and Frederick Watson.  He was a wonderful father, great husband, and a treasure to his grandchildren; Leigh McKinney, Jan (Ken) Hayden, Starla Jarrett, Matthew (Samantha) Jarrett, Daniel Jarrett, Shane (Joanne) Ward, Katie (John) Durso, Michael Jarrett and 14 great grandchildren.  He was a gentle heart and had a great sense of humor; He could fix anything and helped everyone he loved.  He loved cars, country music, pets, his guitar, his garden, tomatoes, seafood, and cowboys.  His favorite Artist were Chet Atkins and Jimmy Swaggert, but his most favorite people were his wife and family.  He lived a good long life and was a good person; he was one of a kind that touched everybody that knew him.  He was a US Army Veteran, he has worked at the Seaford Golf Course, Scholls Printing Co as a Linotype Opr., was a painter, and he played lead guitar for Bunkey Eye and the Orbits at the Northwood bar in Salisbury, MD for 15 years; three nights a week.

He has many friends that will never forget him and miss his wit and charm.  He was a shining star, a sharp dresser with beautiful hair and many admirers.  He would have been famous to the world, but he chose to share his gifts and talents with his family and friends.  He will be greatly missed so much, especially his smile.  We will always carry him in our hearts with many treasured memories.  He gave us all he had; he gave us his love.

Funeral Services and burial will be private.

Plant a tree in memory of PAUL by clicking here.
To send flowers to PAUL's family, please visit our floral store.

Plant a tree in memory of PAUL
An environmentally-friendly option

Plant a tree in memory of PAUL

2 trees planted in memory of PAUL

A Memorial Tree was ordered in memory of PAUL WATSON JARRETT by The Durso famiky.  Plant a Tree

Rest in peace Uncle Paul....We haven't seen each other in years but I remember Christmas Eve at your and Aunt Ruth's home..your smile was big..and I am in awe of your love and respect for each other.

A Memorial Tree was planted for PAUL WATSON JARRETT

Plant a tree in memory of PAUL