Plant a tree in memory of JOSEPH
An environmentally-friendly option 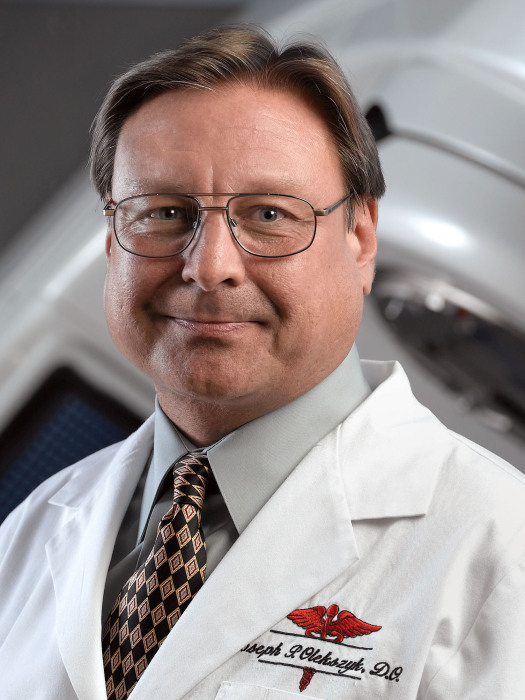 DR. JOSEPH PHILIP OLEKSZYK (Dr. Joe) of Seaford, Delaware passed away peacefully surrounded by his family on March 9, 2021. He was born in Philadelphia, Pennsylvania to the late Joseph and Nina Olekszyk and is survived by his wife, Patricia, his son, Michael, his sisters Dr. JoAnne Martinez and Catherine Rickards, nieces Kristin Martinez-Jones and Dr. Patricia Gaffney, and nephews Erik Martinez and James Gaffney.

As a young man in Philadelphia, Dr. Joe was an accomplished keyboard musician playing in the Uptown String Band and the group Shanghai. His love of music remained a lifetime avocation.  Dr. Joe graduated from St. Joseph’s University in Philadelphia. He received his medical degree from Philadelphia College of Osteopathic Medicine (PCOM) cum laude where he was a member of the Phi Sigma Gamma Fraternity and also Chief Resident. Concurrently, Dr. Olekszyk obtained his Master’s Degree in Otology for his research in Otitis Media and Development of the Mastoid Cell System. He was awarded the Burroughs Wellcome Research Fellowship and the Golden Quill Award by the Press Club of Pennsylvania. Dr. Joe continued his affiliation with PCOM for over 30 years until his retirement in 2019 as an Assistant Clinical Professor of Otolaryngology/Head and Neck Surgery. He was Board Certified in Otolaryngic Allergy and Otolaryngology & Facial Plastic Surgery and a Fellow of the American Academy of Otolaryngology – Head and Neck Surgery from which he received the Presidential Achievement Certificate.

For thirty years, he maintained his private practice, Nanticoke Ear, Nose, and Throat Associates, and his affiliation with Nanticoke Memorial Hospital in Seaford, Delaware. During this time, he continued his interests in medical research publishing many articles in medical journals. His most recent article was published in 2019. Many of his articles have been cited by fellow researchers. Dr. Joe maintained active membership in many medical associations including the Medical Society of Delaware, the Sussex County Medical Society (Delaware), the American Academy of Otorhinolaryngology/Head & Neck Surgery (Fellow), the American Osteopathic College of Otorhinolaryngology, Head & Neck Surgery (Fellow), the American Osteopathic Association, the Delaware Osteopathic Medical Society, the Nanticoke Physicians Organization (P.O.), the AM PAC/DEL PAC, and the Delaware Academy of Otolaryngology.

His selfless commitment to service extended to the Seaford community, Western Sussex County and the Delmarva medical community at large. Dr. Joe was a supporter of many local charities and community organizations and could always be counted on to perform with the band, Side Effects, at fundraisers and other events. He was also President of the Nanticoke Ear, Nose and Throat Assoc. (1990 to 2020), President of the Medical Society of Delaware (2002 and 2003), President of the Medical Staff, Nanticoke Memorial Hospital (2002 and 2003), and an Alternate Delegate from Delaware to the American Medical Association (1999 to 2005). Dr. Joe also served on the Physician Panel – Delaware in 2001 and 2003.

Funeral Services and burial will be private.

Plant a tree in memory of JOSEPH by clicking here.
To send flowers to JOSEPH's family, please visit our floral store.

Plant a tree in memory of JOSEPH
An environmentally-friendly option

Plant a tree in memory of JOSEPH

7 trees planted in memory of JOSEPH

We love you, In His love, Carol, Jack and Melissa

Pat & Michael,
In loving memory of Joe, who so loved life.
We love you, In His love, Carol, Jack and Melissa


A Grove of 3 Memorial Trees was planted in memory of JOSEPH P. OLEKSZYK, MD

What fond memories I have of your family arriving in Seaford and your immediate involvement in the community. Joe always made me feel at ease with his medical expertise and of course humor. He provided wonderful care to my family. May love surround you, Barbara Johnson and sons Jamie and Jeff Hancock

Pat and your entire family ,
You are in my prayers. My heart aches for you.
Sincerest condolences.
Dan Dobson

I am deeply saddened to hear of this.  Joe and I were in Med School together and were also Interns together at Riverside hospital.  He was a dedicated Physician and a warm and funny guy.  My sympathies to his family.

I am so sorry for your loss... it is a loss to the medical community as well. He will be greatly missed. May memories of his life comfort you in this time of sadness.

Plant a tree in memory of JOSEPH